Credit: By Colleen Ross, CBC News
Arguelles is featured in a new book by writer Michael Erard called Babel No More: The Search for the World's Most Extraordinary Language Learners. 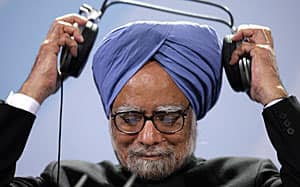 The ability to listen. Indian Prime Minister Manmohan Singh, at a conference in Berlin. (Reuters)

The brightest of these super-learners is the 19th century Italian cardinal Joseph Mezzofanti, believed to have spoken 72 languages!
Legend has it that Mezzofanti picked up Ukrainian in two weeks, and that he learned the language of two prisoners overnight so he could hear their confessions and grant them forgiveness before they went to the gallows.
While that's obviously not normal, Erard says that polyglots and hyperpolyglots (people who speak more than six languages) can teach us something.
"The hyperpolyglots are people who have learned how they learn," says Erard. "They know their cognitive style, they know the strategies that work better for them, they know their environment, and the resources they have access to."
The challenge for the rest of us is figuring out how we learn languages best.
You may spend years working on Spanish grammar exercises only to find you can barely stitch together a sentence, and that a conversation is a match of linguistic tennis you're watching from the sidelines.
The way I learned French in school was completely ineffectual: the same grammar rules year after year, marginal increase in vocabulary and minimal dialogue, and unhelpfully taught in English. By the time I finished high school, all I could really do was ask where the train station is.
It took a year in France (and a lot of train travel) for me to become fluent.
Meanwhile, a few years later, a rigorous diet of German every morning, where I was taught in German and repeated everything I heard, had me speaking the language somewhat fluently within three months.
I thought there must be a way of recreating this rapid language learning back at home.
Turns out there is.

Some polyglots, as well as Erard who is not but writes about language, recommend a method called "shadowing." 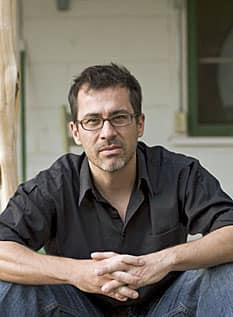 Erard says that when he tried this technique with Hindi one afternoon, "the heavens opened" and that he can still remember the Hindi words he learned that day.
The method is simple: go outside, put on headphones and play a bit of the language you're trying to learn.
Then walk briskly, staying upright and, in a loud, clear voice, try to repeat what you hear, simultaneously. Hear, repeat, hear, repeat and march around.
Odd, yes, but effective.
Erard says shadowing has a number of things going for it. It gets you used to people looking at you when you're doing something new, so it reduces the embarrassment factor.
It also hooks up kinetics to the language, so it engages those gross motor skills and makes you less focused on what's going on with your mouth and tongue. Plus it exercises your working memory, which is key to learning a foreign language.
Another key is making the experience enjoyable.
To acquire any language, you need to repeat words and phrases often, so repeat things you like. When we do something pleasurable, dopamine is released in the brain and that makes us want to do it again.

The underlying element to this, though, is to try to figure out something about your own style of learning. Is it easier for you to remember written material? Or is audio or video more effective?
Figuring out your neurology — how your brain is wired — can also help you learn a foreign tongue.
Erard says tests such as the Modern Language Aptitude Test can help determine your strengths and weaknesses by assessing your memory recall, executive (organizational) functions and ability to discriminate among sounds.
It can also measure the strength of your phonological loop — the ability to keep a string of spoken sounds in your brain while you figure out how to pronounce them.
Of course, these tests don't measure motivation or commitment or the cultural aspects of language learning, but they can give you valuable knowledge.
For instance, if the test shows your working memory isn't strong, you could do memory exercises while you learn Spanish grammar and vocabulary. And ya está! Before you know it you will be booking a trip with an off-the-beaten-track tour agency in Guatemala.
A test could also reveal that you are the type that tends to reach an intermediate level in a language, but then plateaus.
If that's the case, you can reset your goal: you won't be an ambassador, but you'll be able to travel with ease, or watch TV and read a magazine in that other language. It's a good reminder to be patient when people here speak English with a heavy accent or incorrect grammar. They may have been trying to improve for years, and they've simply plateaued.
We all have different language learning abilities; we just need to figure out what each of ours is.
When it comes to picking up new languages, we're not all hot tamales.