The Nine Emperor Gods Festival is a nine-day Taoist celebration beginning on the eve of 9th lunar month of the Chinese calendar, which is observed primarily in Southeast Asian countries like Myanmar, Singapore, Malaysia, Thailand and also the Riau Islands. 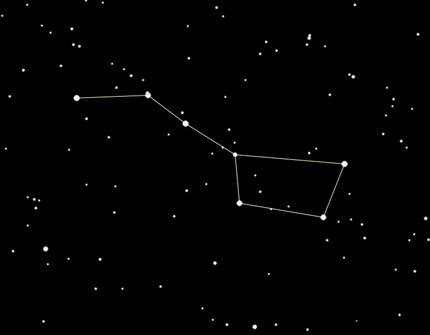 In Thailand,  the festival is called Tesagan Gin Je เทศกาลกินเจ, the Vegetarian Festival.

It is celebrated throughout the entire country, but the festivities are at their height in Phuket, where about 35% of the population is Chinese. It attracts crowds of spectators because of many of the unusual religious rituals that are performed. Many religious devotees will slash themselves with swords, pierce their cheeks with sharp objects and commit other painful acts.

During a period of nine days, those who are participating in the festival dress all in white and gin je กินเจ, which has come to be translated as abstinence from eating meat, poultry, seafood, and dairy products. 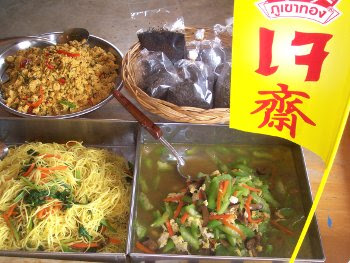 Vendors and proprietors of restaurants indicate that je food is for sale at their establishments by putting a yellow flag out with the word เจ (je) written on it in red. However, technically, only food prepared in the sacred kitchen of the Chinese temple (in Thailand, called san jao ศาลเจ้า or ahm อ๊ำ) is je, as it must undergo a series of rituals before it can be given that name.

Mah song ม้าทรง are the people who invite the spirits of gods to possess their bodies. Mah
ม้า is the word for horse in Thai, and the name mah song refers to how the spirits of the gods use the bodies of these people as a vehicle, as one rides a horse.

Only pure, unmarried men or women without families of their own can become mah song. At the temple they undergo a series of rituals to protect them for the duration of the festival, during which flagellation and self-mutilation is practiced. The mah song tradition doesn't exist in China and is believed to have been adopted from the Indian festival of Thaipusam.

The festivities in Phuket include a procession of mah song wearing elaborate costumes who pierce their cheeks and tongues with all manner of things, including swords, banners, machine guns, table lamps, and flowers. While the face is the most common area pierced, some also pierce their arms with pins and fishhooks. Teams of people accompany the mah song to keep their wounds clean and to help support the heavier piercings. It is believed that while they are possessed the mah song will not feel any pain. They can also be seen shaking their heads back and forth continually, and usually do not seem to "see" their surroundings. At the temple during the festival there is also firewalking and blade-ladder climbing. While large crowds of people gather to watch, the entranced mah song distribute blessed candy and pieces of orange cloth with Chinese characters printed on them, yang ยังต์ for good luck. 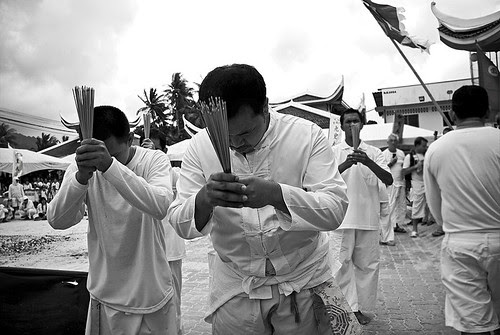