London is going for the knock-out blow in 2012. The Olympics are riding into town and a whole swath of the capital is being transformed in the process. London’s east will be thrust into the spotlight but the rest of the capital will be rolling out the red carpet too. Seeing Tower Bridge lift its bascules to let a tall ship pass beneath is all stately grace, as opposed to your first rush-hour trip on the tube, getting up close and personal with strangers of every colour, creed and nationality. Mind the gap! Whoever you cheer for, you won’t be alone in this most international of cities. 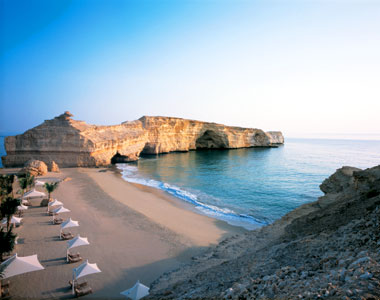 Oman is firing on all fronts to attract international visitors, expanding everything from its museums to its resorts. Muscat is the focus for the revamp, with cultural events, luxury accommodation and aquatic activities taking centre stage. This year it’s all about Qurum’s trendy designer outlets, Old Town souks and wacky water sports enlivening its coastline alongside traditional dhows. Muscatis are still genuinely interested to see visitors, so much so that first-timers might have the odd feeling of returning to the house of an old friend. ‘Tomorrow will be a new dawn on Muscat,’ the Sultan pledged upon attaining power in 1970. Today in Muscat, the sun has well and truly risen.

The undisputed Elvis of South Asian megacities, Bengaluru is in a class of its own when it comes to redefining flamboyance. Perpetually drunk on the good life, this South Indian metropolis packs in the best brews, the scrummiest cuisines, and the liveliest arts and music scene, not to mention the hippest population you could hang out with. This year, evenings in the ‘capital of cool’ are poised to get even more intoxicating. And if the maddening traffic has always been your concern, take heart: Bengaluru’s new high-speed Metro network now ensures that your favourite watering hole is easier to reach than ever. There’s only one thing you could say to that: ‘Chill maadi!’

It might normally look like a peaceful pocket of old-world Spain, complete with old men in flat caps shuffling about in cafe-lined squares. But once a year, sleepy Cádiz undergoes a Superman-like transformation and hosts Spain’s most raucous carnival – a 10-day bender of drinking, singing and dancing. The locals are famed throughout Spain for their wit, and this is put to the test during February’s carnival where groups wearing lipstick and neon wigs perform satirical skits. Cádiz has found itself named Ibero-American Capital of Culture for 2012 – the first time a European city has held the honour. It may not pull the same crowds as Seville or Córdoba, but few places embody the spirit of gutsy Andalucían living like Cádiz.

The film release of The Girl with the Dragon Tattoo might have prompted a new wave of Stieg Larsson fans to look for the grimy side of Stockholm. Unfortunately they’ll have to look quite hard, because Stockholm looks as perfect as it’s ever been. This is as seductive a capital city as can be imagined – cosy yet cosmopolitan, wilfully alternative and effortlessly picturesque. With its trendy design shops and bohemian bars, the island of Södermalm is one of the coolest kids on the block, while the stately parks of Djurgården make it the best island for an evening stroll. Admittedly Stockholm has never been a cheap date. But even if Stockholm leaves you with a lighter wallet, you’ll inevitably still leave it with a heavy heart.

This northern Portugal city is breathtakingly beautiful, as recognised by its place on the Unesco World Heritage List, yet mysteriously it doesn’t figure on the radars of many foreign visitors. The old city is a beguiling tangle of medieval, red-roofed, colonnaded buildings, punctuated by awe-inspiring mansions and palaces, and centred on a spikily crenellated castle. Now is the moment to visit, as the city has been anointed the European Capital of Culture in 2012. Building on an already impressive cultural scene and fired up by its significantly youthful population, the city will be a hot spot of artistic endeavour throughout the year, with creative artists gathering from across Portugal and Europe to showcase their work.

Calamity came calling to Chile, first through an 8.8-magnitude earthquake and later when 33 miners were trapped in the country’s north. With the world watching, Chile displayed its defiant optimism, and these experiences have seemed to ignite a seismic shift in the capital. Culture and sports have come to the fore and new museums have opened to acclaim. Dining is now top-notch, nightlife exhilarating and this year also marks the inauguration of the tallest building on the continent, the 70-storey Torre Gran Costanera. Day trippers can scale an Andean peak in summer, ski its powder-clad slopes in July, or cycle through the idyllic vineyards of the Casablanca, Maipo and Colchagua valleys. Visit Santiago and you’ll feel the buzz.

The mood in China’s most liberated city is edgier and more vocal than ever. This will be a particularly exciting year for Hong Kong, as it continues its march towards full democracy. Rallies are infused with theatrics and eruptions of song, dance and poetry, reflecting the city’s vibrant indie music and literary scenes. Enjoy views of skyscrapers marching up hills from the Star Ferry, before challenging your senses at a wet market or divining your future at a temple. Go shopping, gallery hopping and check out the bars of Soho. Explore walled villages or go hiking on Asia’s most breathtaking trails. Whatever you do, sprinkle your day generously and boldly with some of the city’s 11,000 restaurants.

This should be a great year for Orlando as it’s hosting the 61st NBA All-Star Weekend  (25 and 26 February). The hippest sporting event in the USA , it brings much of the basketball and music worlds together for slam-dunk contests, after-hours parties and concerts, as well as the all-star game itself. Most visitors will head for the theme parks but it’s worth poking around the city, too. Keep an eye on the boho ‘Milk District’, a neighbourhood on the rise with its motley crew of eateries, bars serving microbrews, bookshops and tattoo parlours, just a short drive east of downtown. Orlando, hip? Who knew?

It was once easy to dismiss Darwin as a frontier town full of brawling fishermen, dreamy hippies and redneck truckers. But with a pumping nocturnal scene, magical markets and restaurants, and world-class wilderness areas just down the road, today Darwin is the triumph of Australia’s Top End. Beat the crowds to the redeveloping Waterfront Precinct with its wave pool, bars and wharf eateries; or score some brilliant Indigenous art before East Coast galleries snap it up and charge double. Nose your way through the food stalls at Mindil Beach Sunset Market, then watch the sun melt into the Timor Sea. When southern Australia is chilling through winter, here it’s blue skies, party nights and sleeping late.